Bandwhich was my first major Rust project. My main goal with it was to create a tool that would be trivial to use, providing useful information for network veterans and novice computer users alike.

My favorite feature about it is that the UI changes when the user expands their terminal window: showing more information (additional tables and additional columns in each table) if there’s enough room for it.

I created diskonaut to help me free space on my hard drive. I wasn’t satisfied with other tools which could take a long time to scan without giving the user feedback. I also liked the idea of creating a visual treemap disk space representation in the terminal. 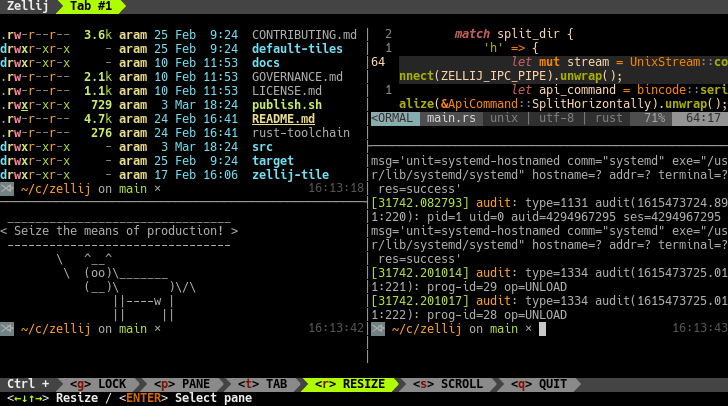 Zellij (previously named Mosaic) is an ongoing project and is what I spend most of my time on these days. It’s a terminal workspace and multiplexer (sort of like a modern-day tmux/screen) with the goal of being extendable, cross-platform and user friendly.